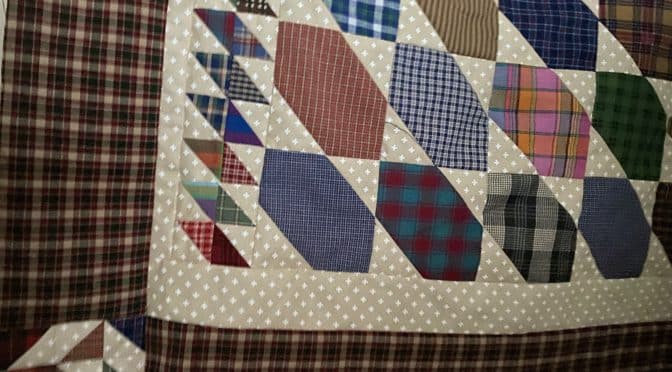 Hello my Dear Friends and Readers,

Sit down and have a cuppa  with me if you like.  Last year I attended a Bedford charity quilt event. I happened to mention it to my friend Lyn who was rather miffed that she hadn’t been to one as she had previously bought kits on eight occasions!  So this year we invited her along!  Thank you to Marion for the invitation.  I have referred to the Bedford quilt day previously which was run by Orange Tree Quilters Orange Tree Quiltersand hosted by Faye Packham and Lessa Siegele who are both extremely well known quilt makers and a whole lotta fun to be around.

Faye Packam has managed to raise over AUD$ 300,000 with her charitable works which is pretty awesome.  Lessa Siegele has been a quilting matriarch / master for a long time.  we had a delightful chat.  You might like to check out her Jacks Chain Variation Ring Cycles quilt pattern which is ever popular.

Anyhow, its a fun day!  It’s basically a ready set go and rush for your quilt pack.  There are quite a few designs to choose from.  Last year I chose the Log Cabin, but as is my nature, I had to make it my own so I changed the layout.  This is the link here.

This year I had trouble deciding……..Eventually I settled on a Noughts and Crosses Kit which was all cut as charm squares from plaid fabrics.  I’m pretty fond of plaid and sometimes they can be difficult to find.  I actually don’t mind how old the fabrics are.  As a matter of fact I think that can be an advantage, because one has the ability to make something unique.  Apart from that, they have got a nice Blokey (Aussie slang for good men) feel about them.  Sometimes we have the need to make quilts for our men or about them.  Recycling men’s shirts would work so well with this pattern.  I’m thinking memory quilts.  If you are feeling sentimental now that’s okay.  I used some of my husbands most favorite shirts which were no longer wearable and sewed them into a quilt for our youngest child to give it more meaning.

See all of those delicious plaids.  Previously I have made a Road to Tennessee quilt using this style of pattern.  It is very adaptable.

Road to Tennessee Quilt and Pattern

Because I had previously made the Road to Tennessee quilt, I decided not to follow the Noughts and Crosses pattern (also often referred to as hugs and kisses).  But… I have always loved the Lozenge, so I decided to go with that idea.  I have had Lozenge Quilt ideas in mind for a long time.  So why not start today?

So I began sewing my blocks.  I couldn’t’ help myself.  I just had to sew that second seam to make two extra half square triangle blocks.

Then when I cut them off, I had all these delicious 2” x 2” half square triangle units.  Totally unnecessary, but lots of fun.

So what is the lesson you might ask…. well…. just diverging briefly, I was following a post recently in the Scrap Quilt Enthusiasts where “squaring up blocks” was being discussed…. it appears that most people seem to like /need to do it.  Now, don’t get me wrong I absolutely love every step of the process of creating a quilt except – you guessed it “squaring up blocks”.  It got me to thinking. So I wrote this post on the subject.

Squaring Up of Quilt Blocks

It’s really very delightful to sit and sew without interruption, and seems such a luxury!  They even have lovely ladies coming around to collect blocks for pressing.  Now please don’t get me wrong, I did appreciate it but…

I had sewn  quite a few of my lozenges blocks and thought they looked quite good. I’d used my wooden thing to finger press beforehand.
When they came back from pressing, instead of a nice square block, they were all distorted.  The triangular comers were particularly bad and the corners of the lozenge were short and I knew they were straight before.
Well, I thought, gosh, my sewing and seam allowance is terrible today. I need to reassess what I’m doing!!!

So, I sewed some more and they seemed okay so I opted to decline the pressing service. 😉. Not to be ungrateful, but that is what happens with steam iron  and unwashed fabrics.

Anyhow instead of one lozenge block I created this.  One Lozenge and two half square triangle units.

I used all the spares and leftovers. and put the quilt top together  like this in a 7 x 10 configuration.  Whilst I have concentrated on the idea of Lozenges….this is also known as the Floating Star Block if the colours are reversed.  According to Barbara Blackman Encyclopaedia of Pieced Quilt Patterns 1993, pg 392 it can also be called a Quilt of Variety from Kansas City Star 1938.

Then I got to work on those half square triangle units.

I can highly recommend chain piecing for small units.  It’s not only efficient, but it eliminates problems with small pieces of fabric being drawn down into the feed dogs and saves thread.

These little units are so cute. I decided  to pair them up.  I sewed two sets of 21 pairs of half square triangle units  (That is 84 altogether)

I did not cut the units apart.  Then I sewed them together to make a scrappy diamond border.  I thought this would best compliment the Lozenge blocks.

Added them to the top and bottom of the quilt top.

Then I added the pre cut borders but….they were too short for my adaptation so I added some friendship stars to the corners.

These are also from the half square triangle units.

Now altogether, this is how it turned out.  I think it has antique look to it  or maybe a country look…,

There we have it. Do you see the secondary pattern of stars?

I really enjoyed my day.  I might have to go and cut up some of my Husband’s shirts! 😉

if you liked this post you may also enjoy

Quilt for a Brother

And this simple quilt which would also be great with plaids or shirts from a loved one.

I hope you are feeling inspired.
Happy stitching,

As a post script to this post, I would like to thank Cynthia for her comment  (see below).  You may like to log onto Bonnie Hunter’s site to see her Smokey Mountain Star Quilt and another strippy design.   She has a very clever way of using this block which can quickly give you a bigger quilt and she has also focused on plaids.

All the best Susie